PLYMOUTH divers Tonia Couch and Sarah Barrow will be hoping to get Great Britain off to a memorable start at the London leg of the FINA/NVC World Series. The city pair compete in the first event of the three-day competition at the Olympic pool – the women’s synchro platform final on Friday (12noon). Couch and … END_OF_DOCUMENT_TOKEN_TO_BE_REPLACED

FORMER Plymouth Devils skipper Ben Barker returns to the St Boniface Arena as a guest for Peterborough in Friday’s Premier League match (7.15pm). Barker, who currently rides for Berwick, is the replacement for Peterborough’s injured number one Olly Allen. The Cornish star will face a new look Devils line-up following the issue of new averages … END_OF_DOCUMENT_TOKEN_TO_BE_REPLACED

PLYMOUTH Albion’s Canadian international lock Brett Beukeboom has joined the Cornish Pirates on a two-year deal. He is the 12th member of Albion’s 2014/15 squad that were relegated from the Championship to announce his departure from Brickfields. Beukeboom will join up with fellow Canadian and ex-Plymouth forward Aaron Carpenter at Mennaye Field. The 24-year-old spent … END_OF_DOCUMENT_TOKEN_TO_BE_REPLACED 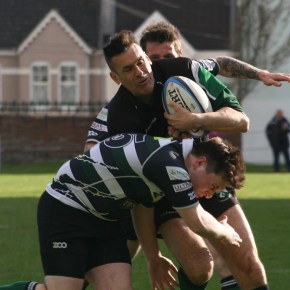 IVYBRIDGE capped a dream season by winning the Lockie Cup and Ellis Trophy in dramatic fashion on Wednesday night at the Rectory. Ivybridge’s seconds, known as the Vandals, edged out Devon One champions and holders Plymouth Argaum 25-22 in the Lockie Cup, thanks to a Tommy Newman penalty eight minutes from time. But if that … END_OF_DOCUMENT_TOKEN_TO_BE_REPLACED 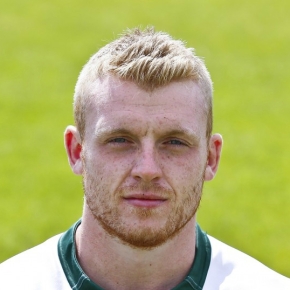 NOTTINGHAM-bound Ben Woods won Plymouth Albion’s official player of the year award. Woods featured in every minute of Albion’s league matches in 2014/15, apart from the final one against Doncaster last Saturday. The Irish centre was presented with his award at the club’s presentation night on Wednesday. The Mike Turner Award for young player, selected … END_OF_DOCUMENT_TOKEN_TO_BE_REPLACED

PLYMOUTH Albion have confirmed that 11 players will definitely be leaving them following their relegation from the Championship. Nottingham revealed on Monday morning that Rob Langley, Ben Woods, Lawrence Rayner and Tom Heard would be joining them, while long-serving scrum-half Ruairi Cushion announced in January he would be leaving at the end of the season. … END_OF_DOCUMENT_TOKEN_TO_BE_REPLACED

CORNWALL produced a strong second half display to beat Devon 38-13 and retain the Tamar Cup at Brickfields on Tuesday night. Devon, in Division Two of the County Championship, gave as good as they got in the first 40 minutes against last year’s runners-up and were only four points behind at the break. But after … END_OF_DOCUMENT_TOKEN_TO_BE_REPLACED