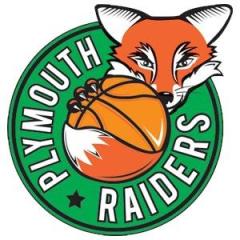 PLYMOUTH Raiders have confirmed that owners Richard Mollard and Ross Mackenzie have agreed to sell a majority shareholding of the club to MLA College – part of the worldwide education powerhouse, BAU Global.

It is a move they hope has the potential to propel them to the very pinnacle of British basketball.

BAU Global Education Network is comprised of K12 schools and higher education institutions around the world, welcoming students from across the globe to study at locations on four continents: North America, Europe, Africa and Asia.

BAU Global also has more than 300 schools educating children from kindergarten to Year 12.

The president of BAU Global, Mr Enver Yücel, has devoted all his life to education, providing educational services to students in many countries, especially in his native Turkey.

Yücel received the award of the “Contribution to Global Education” in the UNCA Awards hosted by the United Nations General Secretary Ban Ki-moon in 2014, and became the first Turkish person to receive this award, which was presented to him by Ban Ki-moon himself.

BAU Global and Yücel are already well versed in the business of basketball and own one of Turkey’s top Super League teams, Bahcesehir College, who not only compete domestically, but this season have reached the quarter-finals of the Euro Cup, where they are due to face Latvian side, Ventspils, in the coming weeks.

The new partnership with MLA College will provide the Raiders with significant additional resources, to not only compete with the best teams in the UK on the court, but to develop the business far beyond its current means. That will include forging close ties with Bahcesehir College Basketball Club, which could see the Raiders working hand in hand with the Turkish side to develop Super League stars of the future.

Raiders director Mollard said: “This is a truly historic moment in the history of the Plymouth Raiders Club, and one that every fan should be incredibly excited by.

“The signing of Matt (Scott) and (former NBL draft pick) Ryan (Richards) this past week will give fans just a flavour of what this partnership could mean to the BBL side itself, and this is just the tip of the iceberg in regards to what BAU Global can help us achieve at all levels of the club operation.

“Ross and I always knew that to grow this club to where we wanted it to be, which we hope will eventually include owning and playing in our own arena, it would always require additional inward investment, and in our wildest dreams we could not have imagined a better partner to bring on board than BAU Global, or a more dedicate basketball fan than Mr Yücel.

“Like the Raiders, BAU Global are a family run business, who are passionate about education, madly passionate about basketball and totally committed to using both together in developing the youth of today into the achievers of tomorrow, and we’ve been humbled in their desire to come on board.”

Fellow director Mackenzie added: “Our sole focus since 2017 has been to build a sustainable business and provide a platform for growth on and off court for the Plymouth Raiders, and Richard and I have both been committed to that core goal.

“BAU Global have had a significant presence here in Plymouth for some time, working in partnership with Plymouth University, and then with the acquisition of MLA College, who specialise in distance learning, so their commitment to continued investment in Plymouth is only re-affirmed by their partnership with the Raiders.

“They have a clear passion for basketball at Europe’s highest level and share our passion and vision to create something special with one of the UK’s oldest professional clubs, so we are confident the fans will be in for an exciting journey as our partnership grows.”

As well as recently tuning in to YouTube to watch the Raiders pick up two fantastic wins against the Rocks and Scorcher, Yücel will also be in Plymouth along with delegates from MLA College and BAU Global to attend the sold-out game against the Leicester Riders this Sunday, and there will also be a smaller contingent to cheer on the team in Worcester on Friday night.

As part of the partnership, Yücel will be welcomed as the new Plymouth Raiders club president.

Speaking of his role and the overall partnership, Yücel said: “We are delighted to be involved with Plymouth in general and with the Raiders in particular.

“Through this partnership we will help to encourage participation in sport for all ages and abilities, promote basketball as a great participation activity and also as a family friendly event to attend.

“We are particularly enthusiastic to encourage the linking of sport and education and of course we want to develop the Raiders into a BBL winning team.”

The day-to-day operation of the club will largely remain unchanged, with Mollard and Mackenzie continuing their roles on the board, but will be joined by the senior members of MLA College and BAU Global, Dr Basak Akdemir, Coskun Ince and Paul James.

Raiders fans will get their first opportunity to see the new partnership in action when the Raiders travel to Worcester on Friday evening.

Those who have tickets to attended Sunday’s home game with Leicester Riders will receive a free Raiders green T-shirt to commemorate the partnership.