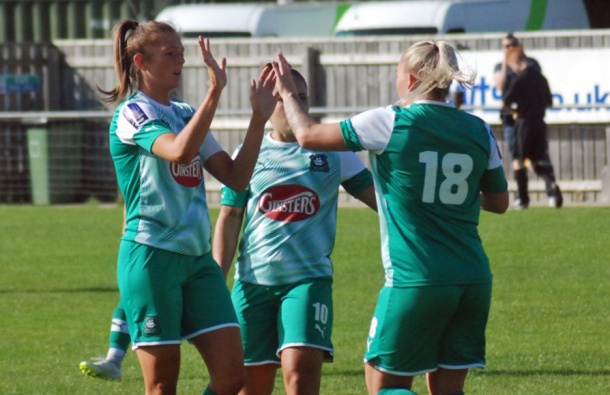 PLYMOUTH Argyle Ladies face yet another road trip after they were drawn away to National League Southern Premier Division rivals Oxford United in the second round of the FA Cup.

The tie is scheduled for December 1 and it will be the Pilgrims’ 10th away trip in 13 games.

“No matter who you play all you ever want is a home game,” said Argyle manager Dave Leonard.

“I’m a little disappointed we have got an away game, but it is what it is and we have to get on with it.

“I want us to be successful in this and give it a good go because the next round is when all the big clubs come in. We want to test ourselves and, at the end of the day, it’s an opportunity to play on a good pitch against a good side and we have got to be at our best to win.”

The Pilgrims have not had the best of luck in cup tie draws this season as they visited Exeter City in the National League Cup which they lost 4-3. Then in the plate competition they travelled to Buckland Athletic coming away, where they won 7-1.

They now face three cup ties in a row – Feniton away in the Devon Senior Cup on Sunday followed by a home tie against AFC Wimbledon in the National League Plate competition before travelling to Oxford.

In the FA Cup there is also a financial incentive as the increase in prize fund means the winner pockets £1,000 with £250 going to the losing team.