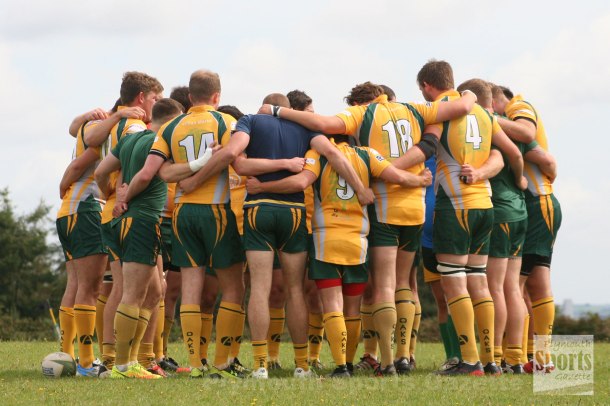 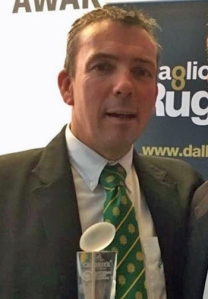 PLYMSTOCK Albion Oaks are hoping the region’s rugby community will turn out in force on Sunday as they host a special appreciation day for club chairman Nigel Higginson.

Higginson, who has been instrumental in the development of the Cornwall/Devon League club, has been diagnosed with cancer and is about to start chemotherapy.

The club wanted to do something to show their support for him and so have turned Sunday’s pre-season match with Kingsbridge into a special day.

There will be a women’s Barbarians game at 11.30am, which will be followed by the men’s match between Oaks and Kingsbridge at 1pm. There will then be a meal at 3.30pm followed by a presentation at 4.15pm.

Club president Neil Gill said: “It is to show our support, love and respect for him and show him that we are there for him.

“He is going to be starting his chemo in a bit and that’s going to make him feel pretty bad, so the idea was to do something soon just to give him a boost. Hopefully, it will help him along with his treatment.”

He added: “He has done unbelievable amounts for the club and rugby in general,” said Gill. “He refereed up to level 2, which one below the Premiership, and was a founder member of Plymstock Rugby Club and then Plymstock Albion Oaks when they were formed in 2007.”

The club’s players are also hoping to put on a show for him against higher league Kingsbridge.

“The news has hit people hard in the club, but we just need to be there to support him,” said player-coach Aiden Taylor. “Hopefully, we can put on a good performance for him on Sunday.”

Taylor added: “I’m sure we will get a decent crowd and I think everyone is looking forward to getting out there and having our first minutes of pre-season.”

Taylor knows Western Counties West side Kingsbridge will offer a tough challenge to his side.

“We want a few tough tests,” he said. “We were close to promotion last year, but just couldn’t quite get over the line after going 10 games unbeaten. But that’s where we want to be and that’s why we want to be pushing ourselves in pre-season against these higher league teams.

“It is very early in pre-season. We have got loads of people available and we are going to pick a squad of about 26-27 and rotate players. We want to have a look at new players and others in different positions.

“Even though we want to put on a good performance because it’s a big occasion for the club, we still have the mind-set that the result doesn’t really matter. It is about the performance and building in these five or six weeks of pre-season so we are ready to hit the ground running when we play Pirates away (in first league game).” 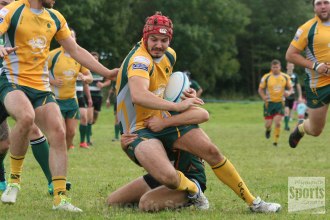 Oaks have confirmed that former player-coach Callum Cload has returned after a year in Europe. He will come in as player/backs-coach, replacing Corey Jamieson. They have also signed utility back Huw Moorcraft from OPMs. They join Adam Walker, Calum Mills and Luke Austin in signing for Plymstock this summer.

“He would be a really good signing for us,” said Taylor. “Hopefully, we can get a few more signings in over the next few weeks, especially in the backs.”

He added: “I think on Sunday, everyone is just excited to get a ball in their hands and get a game. There’s only so much can do in training. Joe Walker is our S&C (strength and conditioning) coach and he has worked really hard with us, but now it is about getting match fitness.”