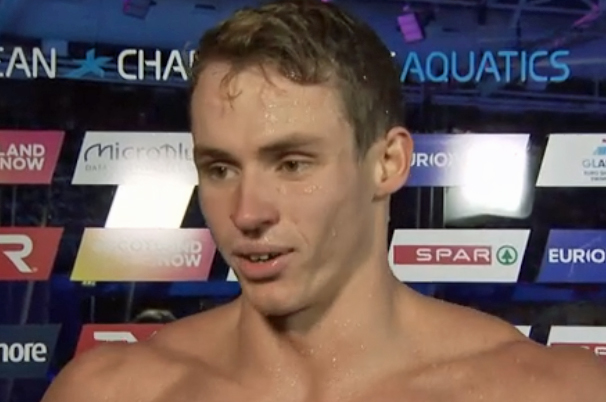 BEN PROUD picked up a gold and a silver medal at the Mare Nostrum international meeting in Canet.

Proud, competing with the rest of Great Britain’s World Championship squad in the south of France, took second in the 50m freestyle on Tuesday evening before upgrading to a gold in the 50m butterfly on Wednesday night.

The 24-year-old clocked 23.09 seconds in the butterfly, which was a season’s best, to edge out American Michael Andrew by just 0.03 of a second.

Afterwards Proud, who had only qualified sixth fastest from the morning’s prelims, said: “I changed my mind-set this afternoon and tried to execute my race plan as best as I could.

“I spoke to my coach James (Gibson) and he said to execute my start as I’m supposed to and that was the only thing to focus on. I did that and then found my rhythm.”

Proud was only denied gold in the one length freestyle event by Brazilian world silver medallist Bruno Fratus, who had to break the meeting record to stop him. Fratus clocked 21.64 seconds, with Proud just behind in 21.69.

After that race Proud said: “Looking at the names in the top eight it really was a world class field, so to be able to go in and race against them is really good preparation for Gwangju (World Championships) this summer.

“Everyone is at different stages (of preparation) right now, but I’m just trying to be as best prepared as I can be for five or six weeks’ time.”

Stephens was the second fastest in the 200m butterfly prelims on Wednesday morning, behind her GB team-mate Alys Thomas. It did look like the pair were going to both make the podium but Stephens was just edged out in the last 25 metres to finish fourth.