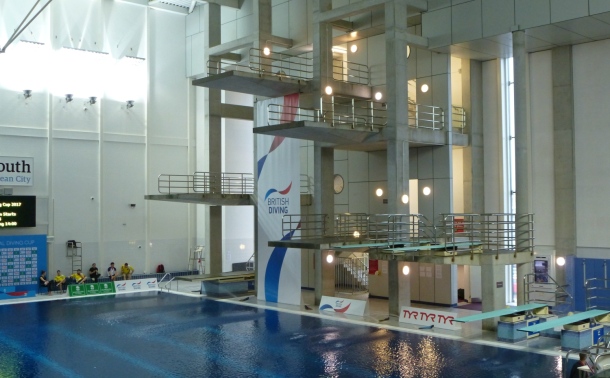 BRITAIN’S best divers will once again be showcasing their skills at the Plymouth Life Centre this weekend when the centre hosts the National Diving Cup.

Olympic medallists Tom Daley and Jack Laugher will be competing for honours on the 10-metre platform and three-metre springboard, respectively. They will also be debuting their new synchro partnerships at the event. Daley now dives with Matty Lee while Laugher will compete with former Plymouth diver Dan Goodfellow.

Plymouth’s Matthew Dixon will be returning to action in his home pool after an impressive 2018 season that saw him win medals at the Commonwealth Games, European Championships and World Junior Championship as well as becoming British platform champion.

All of the Plymouth Diving squad train at the Plymouth Life Centre, which is managed by Everyone Active in partnership with the Council.

David Greenwood, Everyone Active’s contract manager in Plymouth, said: “We are all excited to be welcoming the country’s top divers to Plymouth once again. We’re proud that our centre has been selected to host the first event in the 2019 domestic diving calendar.

“We have strong local talent that will be fighting for medals and we’re pleased Tom [Daley] will be making his domestic comeback in his home town after taking a year off. It promises to be a fantastic weekend of competition and I would encourage everyone to come down to cheer on our local divers.”

The event starts on Friday and runs through to Sunday afternoon, where the eagerly-anticipated men’s platform final will take place.