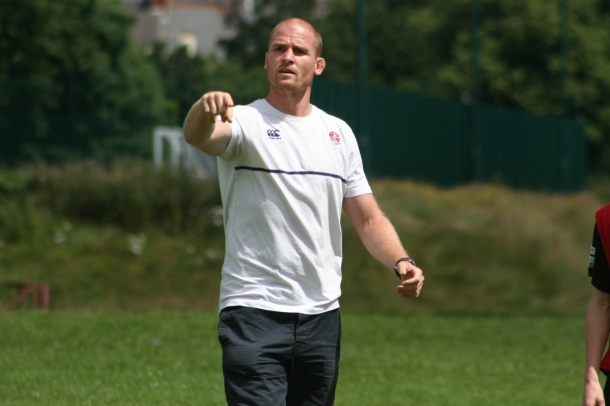 The former Launceston and Tavistock coach says he has missed the excitement competitive rugby brings.

“I can’t wait,” said Lewis, who joined Services this summer to work alongside Bryan Crichton.

“I am really looking forward to it. I have not done any competitive coaching since last November when I left the Cornish All Blacks, so it’s nice to have something to actually play for this weekend.

“I went on holiday and I couldn’t wait to get back to get stuck in. I do really enjoy it.

Lewis came through Services’ youth section before going on to play for Plymouth Albion.

And he really wants to try and help the club, who have a better ground and training facilities than many National One sides, achieve more, but he says that is down to the players.

“We are just trying to change players’ attitudes this year,” said Lewis.

“Boys have just been happy to have a game on a Saturday. That is brilliant, we want boys who want to turn up and have a game, but if we want to do that little bit better and push on, then we just need a subtle change of attitudes.

“We are definitely going about that this year, but it might be a long-term process.

“We have got a sports psychologist, Jon Rhodes, coming in once a month just to help out. He worked with me down at the Cornish All Blacks and used to play with Services anyway. He’s giving up his time, which is fantastic.”

Services, who finished ninth last season, have been handed a tough start to this year’s campaign.

Their opening two fixtures will be against the two teams promoted into the league – Bude and St Ives.

“Travelling to Bude for the first game of the season is not the most fun, but, hopefully, it is sunny this weekend and all their players are working!

“When I played them with Tavvy, it did not matter if they were bottom or top of the league they gave everyone a game.

“No-one has ever liked going away to Bude. It’s one of those clubs that is hard to play at. The pitch is narrow and is muddy or rock hard in the summer. Teams just don’t enjoy going there.”

Bude full-back Dan Pearce and centre Duncan Tout were on Lewis’ radar when he was at Launceston and so he knows the calibre of players the north Cornwall team have. The pair guested for Plymouth Albion in a development fixture last season.

“They are good enough to play National League rugby but they like to play with their mates at their home club, which is fantastic,” said Lewis.

Services find themselves as the only Plymouth Combination side in the Western Counties West League this season following Saltash’s relegation.

As well as losing the Ashes, Okehampton and Kingsbridge have also moved out of the league. It means Torquay Athletic will be Services’ closest opponents in 2016/17.

Burnham-on-Sea and Wellington have been moved into the league from Western Counties North, joining St Ives and Bude as newcomers.

“There’s certainly a bit of travelling to do this year,” said Lewis.

Services have strengthened their squad with the arrival of back-row forward Arran Webb from Tamar Saracens and scrum-half Brandon Andrews from Saltash, while back-row forward Jack Norris, who joined towards the end of last season from Launceston, is now fit and raring to go.

The city side have also been boosted by brief the return of Alex Lambert and Tom Burt, who will be around for the opening part of the season.

“We have got a couple of young lads who have been at the club since they were young and it’s good to see them back in training. They are cracking players as well,” added Lewis.