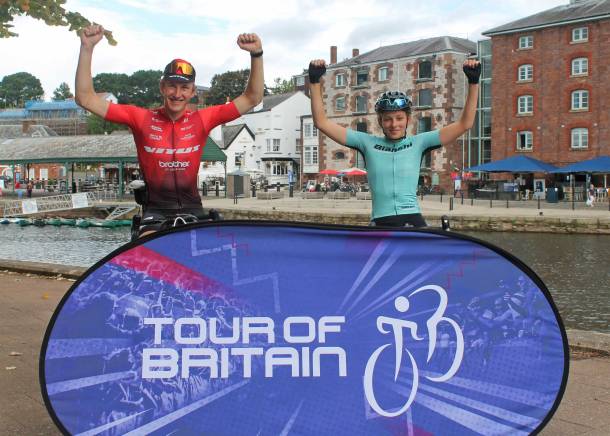 TAVISTOCK will host a sprint when the Tour of Britain heads to Devon next year.

The 2020 event was postponed for 12 months due to the coronavirus pandemic.

As had been planned for this year, the second stage of the 2021 tour will start at Sherford, just outside Plymouth.

But organisers have now confirmed full details of the second stage which will begin on September 6.

From Sherford, the race will head to Modbury and do a large loop taking in Dartmouth and Kingsbridge before heading to Ivybridge.

From Ivybridge the riders will go to Cornwood and then head upwards to Lee Moor, Shaugh Prior, Clearbrook and Yelverton before heading into Tavistock for one of three intermediate sprints on the second stage.

From Tavistock the race will head over Dartmoor via Postbridge to Exeter, where the stage will finish in the city centre after 115 miles and 3,500 metres of ascent.

Councillor Stuart Hughes, Devon County Council cabinet member with responsibility for cycling, said: “We’ve got a year to prepare for the Devon stage of the 2021 Tour of Britain so we want to make it the biggest and best ever and try to inspire even more people to take to two wheels.

“Next year’s stage should be a good challenge for the world’s best riders. It would be fantastic to see the likes of the Yates brothers racing on Devon’s roads once again and it will provide a very welcome boost for our local economy.

“We always try to make it a special occasion when The Tour of Britain comes to Devon and it’s great to hear that one of our local professional riders, Freddie Scheske, was inspired by watching one of the Devon Stages on Dartmoor a few years ago – hopefully next year he will have the opportunity to compete in The Tour of Britain.”

It will be the 11th year that Devon has featured in the Tour of Britain, with more than 1.7 million people having lined the routes in the county to watch the stages, generating over £41 million in net economic impact for the local economy.

“We are delighted to be continuing our relationship with Devon County Council and being back here with the Tour of Britain in September 2021,” said Hugh Roberts, managing director of organisers SweetSpot.

“As always the Devon stage looks set to be an incredibly tough challenge. Coming the day after our first visit to Cornwall what better for cycling fans to look forward to than the opportunity to watch two days of tough racing in the beautiful South West of England.”

British Cycling chief executive, Julie Harrington, said: “I know just how much teams, riders and spectators have missed the Tour of Britain this year, and so it is fitting that the second stage of the 2021 race will depart from Devon, which has welcomed the event so often and so warmly over recent years. I have no doubt that the route and the raucous reception will be more than worth the wait.”

The Tour of Britain is British Cycling’s premier road cycling event, giving cycling fans the opportunity to see the world’s best teams and riders competing on their doorstep and helping to build a great cycling nation. 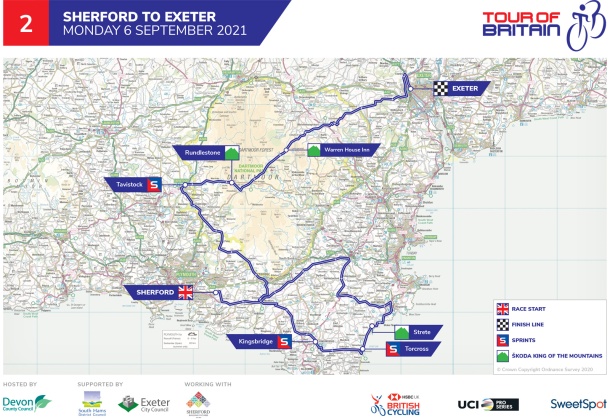