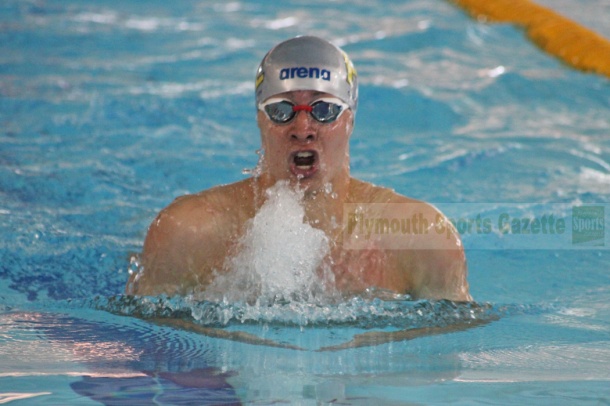 Chillingworth ended the championships on a high by winning the men’s 200m breaststroke final.

The 22-year-old, who had won the silver 12 months ago, clocked a personal best to deny David Murphy a clean sweep of the men’s breaststroke titles.

Murphy had won both the 50m and 100m crowns and made an impressive start to the 200m final, but Chillingworth dug deep to deny him the hat-trick as he shaved 0.24 seconds off his previous record to touch home in 2:07.60 for the gold medal.  Leander’s Liam Davis was ninth in the same final, while Filippo Coacci won the junior final and took youth silver. 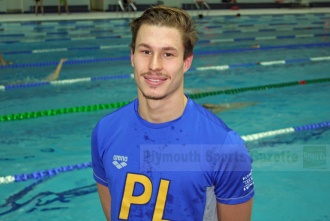 Poole swimmer Peters had beaten Valsecchi to the 100m butterfly gold medal earlier in the week, but Valsecchi was determined to finish his championships on a high. After setting a new personal best of 23.24 to qualify fastest for the final, the Plymouth Leander star went even better to wrap up the national title with a 23.11 swim.

Whittaker, at just 14, broke the British junior record on her way to open bronze in the 50m backstroke. She clocked 27.07 seconds, which was well inside the previous record of 27.58 set by Anna Maine four years ago.

Whittaker also made the senior 100m backstroke and 100m freestyle finals, winning youth medals in the process. She also finished second in the junior 100m IM final and was third in the 50m butterfly junior final.

Also winning a senior bronze was team-mate Macy Lawrence. She swam under 25 seconds for the first time to make the podium in the women’s 50m freestyle. She also reached the senior 100m freestyle final and won youth bronze in that discipline and took third in the junior 100m IM final.

Macy Lawrence, Whittaker, Erin Little and Elena Dewhurst made up their successful freestyle quartet, while Whittaker, Hazal Ozkon, Bergin and Lawrence were their medley team that clocked 1:50.75 only to be just beaten by Loughborough University.

Dartmoor Darts’ Cameron Williams, 15, was another top junior to impress. He broke his own British age group record in the 100m breaststroke event with a 1:03.32 swim to take second in the under-18 final.

Williams also reached the senior 50m final, where he finished as second junior behind Mount Kelly’s Oliver Taverner. Leander’s Jadon Wuilliez and Coacci were first and senior in the youth final.

Leander finished fourth in three relay finals, while their Greta Kolbeck was another junior to reach a senior final. She came fifth in the women’s 200m freestyle open event and took youth bronze, while club colleague Lana Broekhoven was sixth overall in the senior 400m IM and won the junior 200m IM final, just ahead of team-mate Kolbeck, while Nicole Ricci was also a senior finalist in the women’s 200m freestyle event. In addition Ricci reached the open 400m freestyle final.

Dinnaton’s 13-year-old swimmer Jasmine D’Cunha continued her rapid progress in Sheffield by setting a new personal best of 33.17 seconds in the 50m breaststroke event. She was the youngest in the event but placed 21st in the under-18 section. Her time was also the fourth fastest in British short course history for a 13-year-old.

An awesome result from our boys relay team today – a combination of 14- 18 yr olds against the big guns at the universities.
Not to mention a PB following this mornings heat!
Well done team ⭐️#SESwimming @Swim_England pic.twitter.com/pXgtd3g2Q1

🇬🇧British Record Breaker!! 🇬🇧
Huge congrats to our swimmer @__CameronW__ (15) who swam a fantastic 100m breaststroke this morning breaking his own British Record that he broke at the SW Winter Regionals in November.
He swam the heat in 1.01.64 & is in the junior finals tonight! pic.twitter.com/eetz23o0BV

The final night at the Swim England 🏴󠁧󠁢󠁥󠁮󠁧󠁿 SC Championships was another GOLDEN night for the PL team. An incredible 5 Golds coming from the 15 finalists who had progressed from the mornings heats.