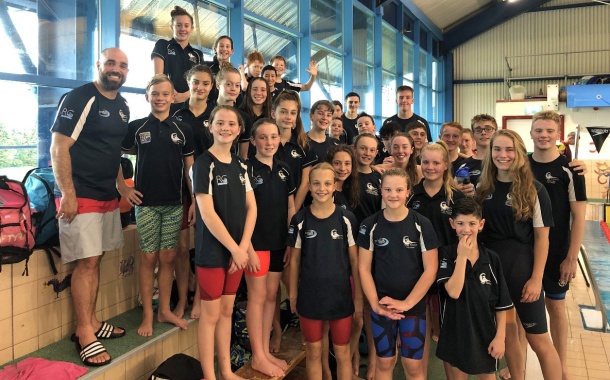 REIGNING champions Plymouth Leander made a winning start to their defence of the National Arena Swim League at the weekend, while Caradon made a successful return to the competition after years away.

Leander won the national crown for a sixth time in eight years at Cardiff in March. They are keen to keep their impressive run going in the competition that sees 333 teams around the country compete in six regional divisions over three months before the top clubs progress through to the finals.

Plymouth opened their Western Premier Division campaign at Newport and they topped their meeting with 273 points. Their nearest challengers were Swansea Aquatics, who scored 236 points. They were also up against City of Newport, Bristol Henleaze, City of Cardiff and Street & District.

Mount Kelly won the National Arena League B final last year and they also opened their Premier Division campaign in Wales. They had a tough opening match against Millfield, Swindon, Exeter, Soundwell and Nofio Sir Gar, but they performed well and pushed Millfield all the way.

In the end, Millfield, who had world, Olympic, European and Commonwealth medal winner James Guy competing for them, just took victory by seven points. Millfield scored 257 points, with Mount Kelly on 250. Those two were well ahead of the rest of the teams and, along with Leander, will be expected to be pushing for a place in the finals.

Devonport Royal are in Western Division One and they opened their campaign at Horfield where they took on Team Bath AS, Bristol Penguins, Barnstaple, Neath, Severnside Tritains and Backwell. They battled hard, but they and the rest of the clubs were no match for Team Bath AS, who were the comfortable winners of that meet.

Caradon (pictured top) have re-entered the league for the first time in years and they made a winning start by topping their Western Division Two match at Bodmin.

Caradon were up against Yeovil, Dawlish, Bodmin, Wareham, Chard and Bridgwater but impressed and won by 18 points. They finished with 211 points in total.

The second round of the league will take place on the weekend of November 9-10.