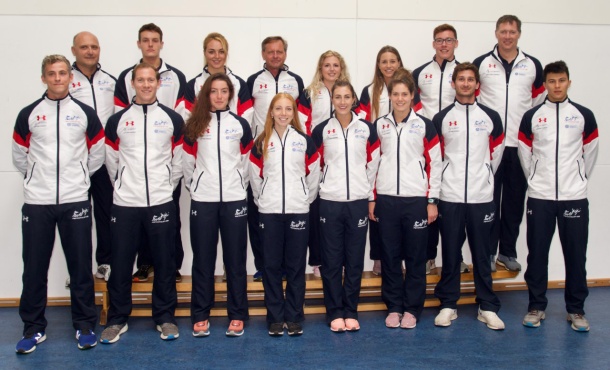 PLYMOUTH pentathletes Kerenza Bryson and Myles Pillage have been named in Great Britain’s 13-strong squad for next week’s European Championships in Bath.

The duo, fresh from winning medals at the Junior World Championships, will compete in the relay events in Bath.

They will join forces in the mixed relay competition on the opening day of the championships before Pillage links up with Oliver Murray in the men’s relay.

Bryson will be making her senior major championship debut and her call-up follows a phenomenal display to claim individual silver, team bronze and women’s relay silver at the Junior World Championships earlier this month.

GB performance director Jan Bartu who was instrumental in bringing the event to Bath, said: “This competition brings the continent’s top athletes to our home in Bath and it is also a great opportunity for the British athletes to compete in front of a home crowd and hopefully enjoy some success.

“We have experienced a very good year and we are now on 26 medals won by individuals and teams in 2019. That is unprecedented and I hope it is not over yet with both the European and World Championships still to come.”

The championships, dubbed “Gladiators Return”, will see the best modern pentathletes from across Europe descend on the former Roman Spa town which also played host to the 2015 Championships.

The event is the biggest modern pentathlon Tokyo Olympic qualifier with 16 spots for the Games available.

The action starts Tuesday, August 6 with the mixed relay before more medal events follow on Wednesday with men’s and women’s relays. Thursday and Friday are qualifying days for the individual competitions before the tempo rises again during the weekend’s big battle for continental crowns and the all-important Tokyo qualifying places.