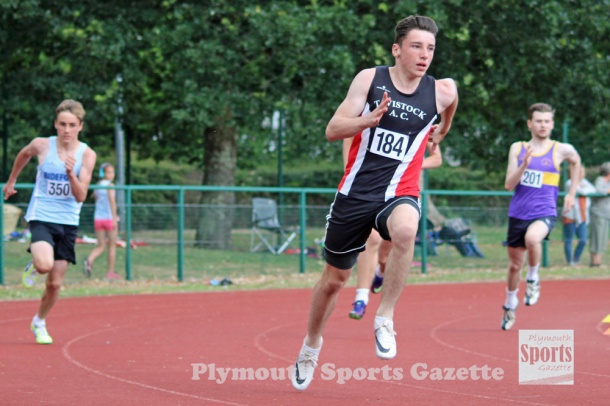 JUST 24 hours after becoming English Schools’ 300m champion at Birmingham’s Alexander International Stadium, Joe Wheeler was back in action on his home track at Tavistock.

Despite a tiring couple of days in the Midlands competing against the country’s best, Wheeler ran in the under-15 100m and 200m at the third Devon Open Series meeting of the season.

Hammer throwers Hannah Gellatly and Lois Fileman also returned from the English Schools’ Championships in time to compete at Tavistock. 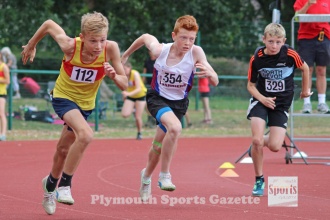 Gellatly won the under-17 hammer in 45.86m, which was further than she had thrown at Birmingham on her way to 11th in the country at intermediate girls’ level.

Fileman took the under-20/senior hammer victory at Tavistock with another throw of the weekend of more than 40m. She also enjoyed a good battle with club colleague Ella Tomlin in the under-20/senior discus. Just six centimetres separated them, with Tomlin winning with 29.15m, and Fileman throwing 29.09m. They also finished first and second in the spot, with Tomlin throwing 9.19m and Fileman a new PB of 8.78m.

City of Plymouth’s Nubia Evans-Shields showed why she is at the top of the UK under-13 discus rankings with a 29.35m throw at Tavistock. She also won the shot with 7.30m.

Tavistock’s Nicolas Maczugowski made his mark on his competitive debut in the under-13 discus. He threw 22.96m which was a club record and puts him in the UK’s top 20. 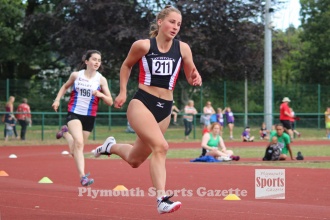 In the under-15 triple jump, City of Plymouth’s Leah Green took the honours with a massive PB of 10.49m, which put her in the UK’s top 10.

There were also big PBs for Plymouth team-mates Thomas Jones and Poppy Northcott in the 1,500m.