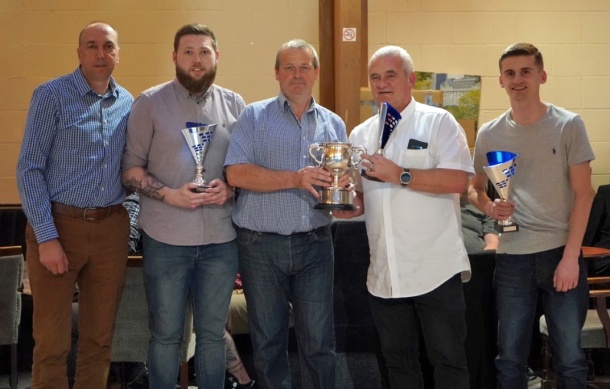 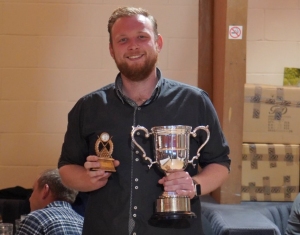 The league saw some good snooker throughout and the competition finals were no exception. Chris Howe from Varley Trophies, one of the league sponsors, helped to present this year’s awards.

Division A champions Precise Accountants, representing the Telecom Club, played consistently throughout the season with all six of their players finishing on positive frame differences. They regained the title which they won two years ago. Essa B, in their first season, had a strong second half, finishing runners-up in the league and champions of the Knockout Cup.

GWRSA C narrowly missed out on runners-up spot, however, their trophy cabinet will not be without new silverware as Roy Davis and David Radmore were crowned handicap pairs champions, after winning an exciting final by 3-2. Davis was also the individual handicap champion defeating up-and-coming star Dan Bull.

In Division B, Plaza won the league for the second consecutive year. Another new team this season, Telecom Tigers, reached second place while they also took home the Knockout Plate.

Plaza’s Haydon Pinhey was the top scorer this season, making a 116 break which proved to be the highest of the league section.

The prestigious individual championship saw more prolific break building from Pinhey, on the back of his first 147 maximum break in a practice game, as he notched up breaks of 131 and 100 clearance in the final. He defeated team-mate Michael Day 4-1 to continue his dominance of this competition for the sixth consecutive year. Pinhey and Day also featured in another final, this time as partners, as they defended their pairs’ championship title.

Beacon Park’s Ryan Marshall had his dedication rewarded by being the captain’s pick for the Sportsman of the Year trophy. Telecom’s Cody Hall was named the league’s most promising young player. Saltash’s Dave Dickson took home the over 50’s title with a comfortable 3-0 win, while Precise Accountants’ Lucian Hardacre produced a miraculous comeback to lift the under 21s title 3-2.

Nigel Ryall and Andy Ridgman won the regional Sunday Independent pairs’ competition, with the latter making a superb 102 clearance in the last frame. They defeated father and son Ian and Aaron Grainger in the final.

Registrations for next season are now being accepted. For more information, please contact league secretary Chris Coumbe on chris.coumbe@gmail.com 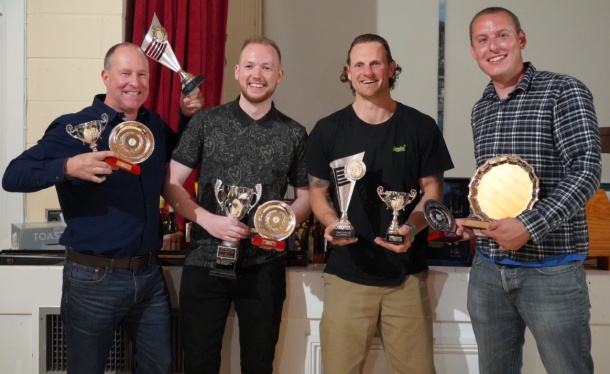