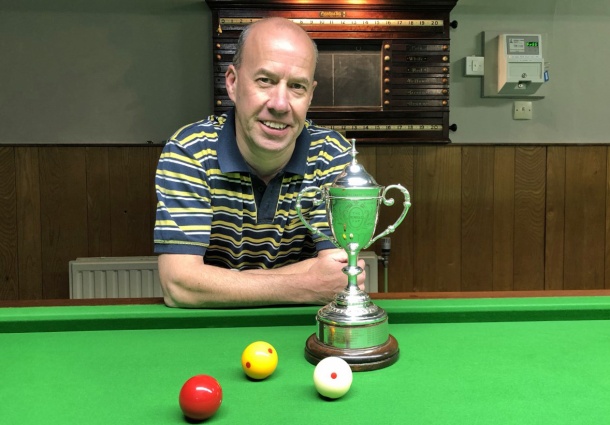 PLYMOUTH’S top billiards player Steve Brookshaw has added two more trophies to his collection as the end of the season approaches.

Brookshaw successfully defended his Devon County billiards title at Torquay’s St Anne’s Club in a revamped event which has been held for the first time since 2013.

Five players competed in one round-robin group to determine the two finalists.

Brookshaw and fellow city player Chris Coumbe were both undefeated going into the final group round where they were due to face each other. With this match not having any effect on qualification, the tournament organisers decided to proceed to the final at this point.

The hour-long final proved to be a cagey affair, but it was Brookshaw who used his experience to emerge the winner by 236-188 and take home the trophy for the fourth time. Coumbe’s 90 break was the highest of the day.

The competition featured players who did not progress past the group stages of the main event.

Brookshaw put aside this disappointment the following day with wins over Dean Bavister, Alan Shepherd, Phil Davis and Jamie Jenkins.

The double-header of World Billiards events also featured the World Matchplay Championships, one of five major events on the World Billiards calendar, where matches are played under the multiple 100-up games format. Brookshaw reached the last 32, losing 4-3 in the deciding game to Peter Atkinson (England).

Meanwhile, Coumbe progressed through the group stage to meet Australia’s Jason Colebrook. Coumbe came through a comfortable 4-1 winner before being defeated 5-3 in an exciting match with England’s Mark Hirst in the last 16. Coumbe came from 3-1 down to level the match at 3-3 before Hirst pulled away to win 5-3.

Plymouth’s representatives also put on a good display in the Channel Islands Open at the First Tower Club, Jersey.

Barry Russell and Coumbe both emerged through the group stages and came through close matches with Eddie Fielding (England) and Frank Trainor (Northern Ireland) respectively in the last 16.

Russell went on to defeat John Mcintyre (Northern Ireland) before going out to Ryan Mears, the current West of England Champion, in the semi-finals by 196-166. Meanwhile, Coumbe’s run came to an end in the quarter-finals at the hands of world number three and eventual winner Rob Hall. 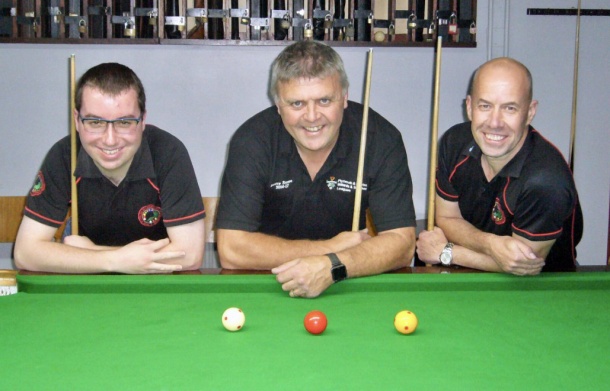