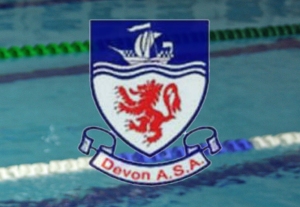 THE second weekend of the Devon County ASA Swimming Championships at the Life Centre brought more success for the region’s clubs.

Dartmoor Darts’ Hollie Steer backed up her impressive first weekend by adding yet more gold county medals to her collection in the senior women’s category.

The 17-year-old had won the women’s 50m breaststroke and 200m IM on the opening weekend and she followed that with three championship titles and a senior gold medal on the second weekend. 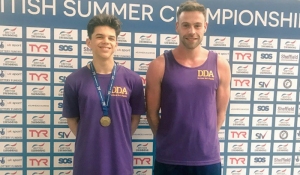 There was a men’s championship title for Dartmoor Darts coach Henry Matthew. He won the 50m butterfly event in 24.70 seconds.

His 15-year-old nephew Cameron Williams made it a senior and junior championship double for the club in that event, with Williams clocking 27.38 seconds to take gold.

Tavistock’s Matt Edwards won the men’s championship title in the 100m freestyle with a strong final swim. He clocked 52.01 seconds to touch just ahead of Totnes’ duo of Kalon and Levin Veale. 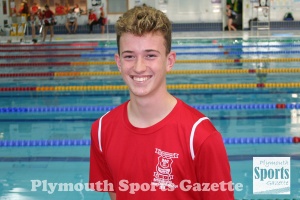 Devonport Royal’s Aiden Symons-Brown broke the 15 years’ county 100m freestyle record on his way to a 100m freestyle gold. He clocked 53.86 seconds to win his age group by three seconds. He also won golds in the 50m backstroke (27.99 seconds) and 200m backstroke, where he was second overall behind Kalon Veale in 2:15.37.

Fellow Devonport swimmer Tia Crews could not have been closer to winning gold in the 50m backstroke. She just missed out by 0.1 of a second to Plymouth Leander’s Isobel Bryant. 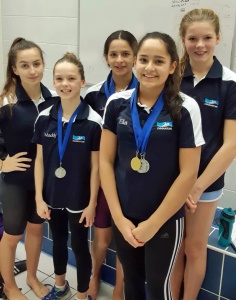 Dinnaton’s Jasmine D’Cunha claimed two age group county records and moved to the top of the UK rankings in the 12 year-olds’ breaststroke events.

There was also a gold and two silvers for Ella D’Cunha in the 16 year-old girls’ 50m, 100m and 200m breaststroke events.

Dinnaton, based at McCaulays in Ivybridge, took 18 swimmers to the second weekend of the championships and eight made finals. Newcomer Madeline Jones, aged 10, claimed a silver medal in the 50m backstroke and made two more finals, while Gemma Bennett achieved two regional qualification times at her first Devon County Championships. 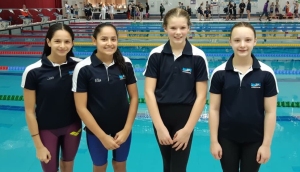 New Dinnaton head coach said afterwards: “I can’t wait to see what these swimmers can achieve this season as we train towards the regional championships in May.”

Mount Kelly’s top swimmers might have been away at the Geneva International Challenge Meet in Switzerland but they still won 14 golds, 23 silver and 11 bronzes at the second weekend of the Devon Championships,

There was a championship title for 15-year-old Emily Forwood in the 400m freestyle. She touched in a time of 4:33.99 to win by nearly three seconds. She also won the junior title and came third overall in the 100m IM, while Caitlyn Fry won the junior title in the 50m butterfly event.

One thought on “SWIMMING: More success for the region’s clubs at the Devon County Championships”