PLYMSTOCK Albion Oaks are hoping they can push for a top six spot again in the Cornwall/Devon League.

On their day last term they proved they could match the teams at the top, but inconsistency cost them a higher finish.

They are hoping they can become more consistent this time around and play for a full 80 minutes, which was another issue for them in 2017/18.

Devon hooker Aiden Taylor, who joined Oaks as a player-coach, in February said: “When I came in it was a constant theme that we would do really well against the top four and be in the game until the last 20 minutes and then they’d just blow us away. That was a bit of a fitness thing, which we have tried to address. We have done a lot of work on fitness in pre-season. 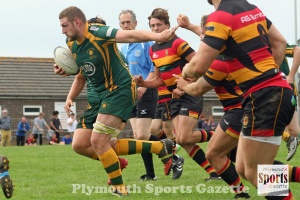 “Top six would be good. We finished eighth last year so anything above that would be a positive season. We’d also like to have a decent run in the cups again after winning the Ellis and Lockie cups last year.

“We just want to improve on last season really – that would be a positive.”

Taylor says the players are really looking forward to getting going on Saturday, but know they will be up against it with a home game against promotion-favourites Penryn.

“We can’t wait just to get out there,” said Taylor. “It’s been a long time without playing any competitive rugby and we’re champing at the bit to get going.

“But we couldn’t have really asked for a tougher start than Penryn at home. They are a very strong team. It might be a good time to play them, but it might be a bad one, we just don’t know.”

Oaks have lost player-coach Callum Cload, who has gone to Germany to play and work, and speedy winger Matt Neyle-Opie but they have boosted their squad with a number of new signings.

Liskeard-Looe centre Will Booth has arrived at Horsham Fields, while they have also signed Ben Hadfield and Carl Parsons from Tavistock.

“Ben and Carl are both very good players. Ben plays football so is unavailable for a while, but Carl looks like he is going to be a real big asset for us,” said Taylor.

“I also think Will Booth could be one of the signings of the season. We were quite light in the centre department as we were and he just brings a different dimension to our game.” 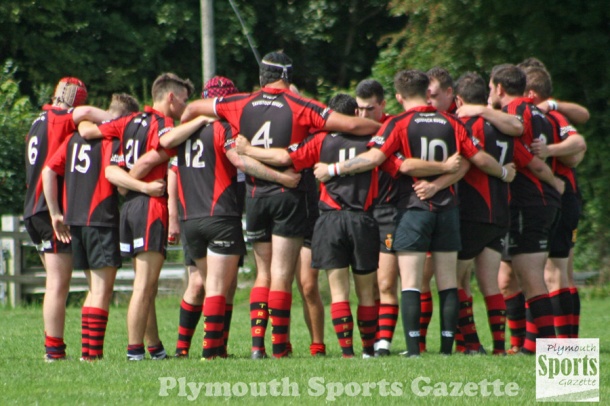 Tavistock are set to put their faith in youth this season as they aim to be competitive in the Cornwall/Devon League.

The Sandy Park club have lost some experienced players like Mark Friend, Danny Oner, Ben Hadfield, Aidan Mason and Carl Parsons this summer, but they have got a group of exciting youngsters coming out of their colts.

Ed Nettleship, Jasper Cameron and Jack Easton are among the latest crop of talent moving up into the senior ranks.

Tavistock, who finished 10th in the league last year, have always had a reputation for producing their own players and they are looking forward to seeing how their new-look side fair this season under new director of rugby James Reyburn.

“The boys are really aspirational and want to push for top six, as we want to do every year,” said player-coach Hammy Kerswill. “And I think that is perfectly within our capability.

“But we have had so many outs and so many ins that it is really difficult to judge.

“James Reyburn and Darren Chappell joining the coaching team have brought a completely new style of play for us to embrace and the lads and reacting well.”

“In terms of the local clubs, I think it will be similar to most years. I do look at the Argaum and Oaks games and think they are ones we can win, even though I know our record against Argaum is terrible.

“We just need to do better on the road – that’s a massive thing.  It took us until the last game of last season to finally get an away win.

“We just need a bit of confidence, but I think it going to be an exciting season.

“We do have a genuine 10 this year with Ed Nettleship stepping up from the colts. He is going to be an asset, as is Jasper Cameron. We also have Jack Easton and Jack Glover coming back to bring competition at nine.”

Tavistock are happy to have been handed a home game against Bude to open their season.

Last year six of their seven wins came at Sandy Park and they do know what to expect from Bude, who finished fifth last term.

“Looking at all the fixtures, Bude is probably the one I would have wanted first up because we know they will not have changed much,” said Kerswill.

Cameron and Nettleship will make their league debuts on Saturday. Tavistock also have George Hillson available this week before he returns to Hartpury College, while Sam Northmore is back from university and Seb Cox is also back at Tavistock after a season out.

Plymouth Argaum finished ninth last year, two points ahead of Tavistock, and they have also undergone some changes this summer.

They have welcomed former Tavistock colts coach and ex-Plymouth Albion player Adrian Cameron to the club as new head coach. He will be assisted by Iain Johnson and Bill Moceica in a new-look coaching set-up at Bickleigh Down.

Former Gloucestershire player Johnson featured for Cheltenham, Dings Crusaders, Brixham and Kingsbridge before going into coaching. He coached Kingsbridge’s colts for three years and has been at Salcombe.

Fijian Moceica is a former Arguam player and will coach the backs at Bickleigh Down.

Although they had a totally new coaching staff, there has not been many departures to Argaum’s playing personnel.

They have lost influential centres John Ireland and Taff Fulton, but have brought in Plymouth University back Lewis Roddy, Royal Marine centre Nat Neale, South African centre/wing Ryan Skead and also have Kal Bloomfield and Dave Shepherd back at the club.

They also hope to have former National League scrum-half Chris Perkins available more this term. They were also boosted in the second half of last season by Dan James’ return from long-term injury and the re-signing of Mike Hunt and Joe Walker.

New coach Cameron is looking forward to getting stuck into the season, but he’s not making any bold predictions about Argaum’s chances, especially as the Roborough-based club have not had any pre-season games to test themselves in.

“We’ve had a good, long pre-season,” said Cameron. “It’s a new challenge for me and the players.

“I haven’t really coached at a senior level. I’ve done colts stuff before, but I have come to the lads and said I am going to experiment with a few things and hopefully change the way they look at the game. I want the players to play what they see.

“We are not going to be the finished article at the start as we’ve not had any matches, but that’s given me the chance to have a look at some other teams and we’ve also not picked up too many injuries.”

He added:  “I think from Argaum perspective this league is where they want to be, so the number one fundamental is to try and stay here.

“Our target is not necessarily about results, providing we stay in the league. Instead it is more about how we play. We want a brand of rugby the guys enjoying playing and people who watch also enjoy.”

“We have probably had 40 people training but not on the same night,” he said. “One night I might have 26 and one night I think I had six. You can get really frustrated with that, but there’s no point. The lads have work and family commitments and you have to get on with it as that what it’s like at this level.

“But it is a really interesting league. It is a two-tiered league. Last year you had Wellington, Saltash and Penryn, who were miles ahead of everyone else. I guess if you look at this year you have Penryn and probably Torquay. I also think the Pirates could be good this year.”

Cameron’s son plays for Argaum’s league rivals Tavistock, which will add even more interested to that derby meeting.

“I coached their colts last year and I think they were slightly concerned I might drag some players up here, but I wouldn’t do that,” said Cameron. “My lad has played since the age of six or seven at Tavvy and he is now 18 and makes his own choices.”

Argaum start their season with a home game against Pirates Amateurs. The Cornish club struggled last year but have previously been good and are believed to have strengthened this summer.

The teams met towards the end of last season at Bickleigh Down, with the Pirates winning 36-16.

New signing Lewis Roddy is likely to get his chance to impress against the Cornish club on Saturday.

DHSOB and St Columba & Torpoint will both kick-off their campaigns in the new-look Devon Merit Table on Saturday.

The Old Boys will travel to Bickleigh Down to take on Plymouth Argaum Wanderers, while St Columba are due to make the trip to Sandy Park to face Tavistock seconds.

Both clubs have struggled in the last couple of seasons in Devon Two and so will be hoping moving into the deregulated Devon Merit Table can change their fortunes.

DHSOB are struggling a bit for numbers this week, but are keen to try and manage without ‘borrowing’ some players.

“We are struggling for a numbers a little bit as we have so many lads on holiday,” said new coach Martyn Ruskin. “But we fully want to put a team out and play the game with our players.

“All the players are quite excited about the season as we have a new style and new mentality and the lads can see that they will hopefully be some progression come from it.”

The Devon Merit Table will pit some of the old struggling Devon Two sides in with second teams from some higher league clubs.

Ruskin says they know some of the second teams they face might be strong, but says they have to use those games to help them progress.

“We are not worried about it,” he said. “As a squad we have looked at it and said that these are the games we have to take lessons from. We can’t be despondent by the score if we lose. We just have to keep looking at what we can do to improve.

“I think the lads are buying into that. They are all setting themselves season goals and aims, but like I have said before we are realistic.”

DHSOB have to wait until they play Buckfastleigh in the Devon Junior Cup on October 13 for a home game and have an even longer wait for a league fixture at Stonehouse Creek.

However, that does not worry Ruskin. He said: “If we can get it going on the road then when we are in our own backyard it should be easier.

“At the end of the day we have to play the same number of games at home and away.

“We also still have a few little bits to do at the club. We want to get some historic photos and shields and things up so we’ve got a few extra weeks to do that now. Hopefully, we’ll also have our new kit in a couple of weeks so hopefully when we do have our first home game all our ducks are in a row.”

Plympton Victoria do not start their Devon Merit Table fixture for another couple of weeks. They will play Salcombe this weekend in a pre-season game.

Devon One sides Old Techs, Tamar Saracens and OPMs do not start their league campaigns until next weekend. OPMs will play Ivybridge’s second team at Cross-in-Hand on Saturday at 5pm.