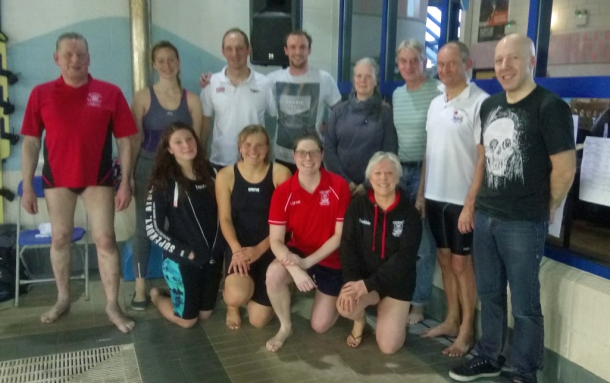 MASTERS swimming is fast on the increase and a number of clubs in the region are finding their adult membership growing.

The competition attracted visiting teams from Cardiff, Helston, Dawlish & Teignmouth, Crediton and Devonport Royal SA and even swimmers from the Isle of Man.

In total, more than 60 competitors, aged between 18 and 74 years-old, took part.

Cardiff’s British breaststroke record holder and previous European record holder Helen Gorman was among the field and she claimed the top female award after winning all seven events she had entered.

Caradon topped the team points with 211.5 points, but Devonport Royal were not far behind in second and went home with the top visiting club trophy for the fourth year running.

Devonport Royal’s Chloe Game took part in her first competition, debuting at the 400m freestyle, while Debbie Carr set a new PB in the 50m backstroke.