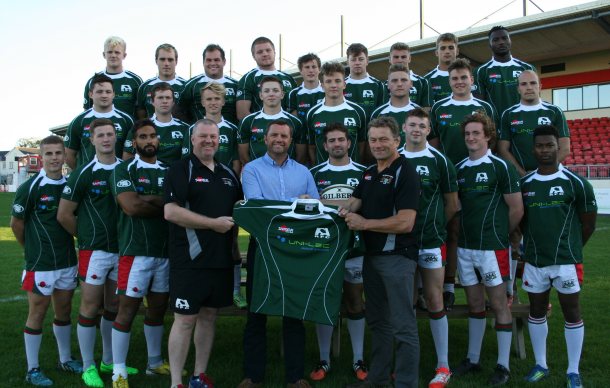 CORNWALL County Championship winner Billy Searle missed a last-gasp penalty in front of the posts that would have secured a Plymouth Albion XV victory over the Duchy’s development side at Brickfields on Monday night.

Searle, who had just missed with a drop-goal seconds earlier, saw his penalty agonisingly bounce off the upright.

Everyone in the ground assumed Searle, who had landed a stunning penalty at Twickenham in May, would simply put the kick over and win the game for Albion.

But for once Graham Dawe was glad the 19-year-old did not have his kicking boots on. A draw was the perfect result for him, being Cornwall’s coach and Albion’s director of rugby.

And a draw was probably a fair result in a game that saw both teams impressing in defence.

Dawe, though, admitted he thought Searle was going to kick it.

“I would have probably put my – maybe not my house – but probably my garden shed on it for sure,” he said.

“But the result was not the main thing. I just wanted to see Cornwall’s attacking intent and their set piece. We got to see some decent players playing around Cornwall and hopefully five or six could get in the senior squad for next year’s County Championship.

“And for Plymouth it was a game for players like Dan Pullinger, Dean Brooker and Andy Chesters to get some game-time.”

He added: “Both teams put each other under pressure. It was nice to see 30 guys out there giving it hammer and tong. There were some good collisions. I enjoyed it.

“The Cornwall boys were definitely up for it. They wanted to get a piece of the Albion players, which was good to see.”

Cornwall started the brighter, with New Zealand winger Eugene Teaurak catching the eye with his tackling and speed, and the visitors took the lead in the seventh minute when lock Brad Howe went over from a catch-and-drive move.

After that Albion, who included six players eligible for Cornwall in their side, had a good spell of pressure and it led to Cornwall having number eight Mike Rawling’s sin-binned.

And, almost straight away, Albion made the extra man tell when University of Plymouth winger Ian Davidson crossed on the left after a great move across the line from a five-metre scrum on the right.

Four minutes before half-time, Albion had Chris Courtier sin-binned but the Duchy, with Taron Peacock impressing at scrum-half, were unable to take advantage.

Both team cancelled each other out for long spells but 13 minutes from time, Albion went in front when Jon Dawe, another member of Cornwall’s successful County Championship winning squad, scored after some intense pressure.

Searle, who had moved from full-back to fly-half, was unable to converted and eight minutes later Cornwall were level again when replacement forward Mark Grubb burrowed over.

Albion went all out of the win and they could not have been closer with Searle’s drop-goal and late penalty.