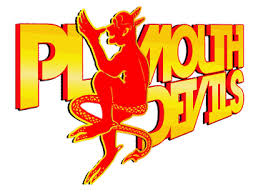 The Devils fell six points behind after the first two heats but they battled back to take six-point lead of their own by heat 10. The match remained in the balance at 36-all with three heats remaining.

Ryan Fisher, who top scored with 12 points from five rides, and skipper Kyle Newman turned the match in Plymouth ’s favour with a 5-1 against Lasse Bjerre and Andre Compton in heat 13 and the Devils were defending that lead in the final heat.

There was a dramatic finish, however, with Newman excluded from the last race for bringing down Bjerre.

However, Fisher did enough in the re-run to split Jason Garrity and Bjerre and ensure that Plymouth secured their narrow victory.

Co-promoter Ashley Taylor said: “It was a bit of a shock for us being 9-3 down after two heats, but we got to grips and managed to turn things around.

“It was a classic 15 heats of speedway with both teams happy after a nail biting finish. We had the win, and Sheffield went away with a consolation point from a narrow away defeat.

“The pleasing feature for us was that the Plymouth side rode as a team and showed grit and determination throughout the evening.”