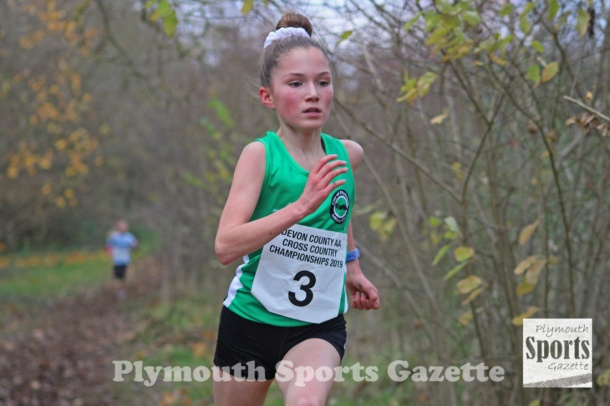 TAVISTOCK Run Project were denied a hat-trick of men’s titles at the annual Erme Valley Relays, which this year took place virtually due to the coronavirus pandemic.

Tom Merson proved to be the difference between the teams. He clocked a personal best time of 14 minutes and 12 seconds for 5k. That was one-and-a-half minutes faster than anyone else ran over the weekend, with Exmouth triumphing overall by 42 seconds. Their four runners clocked a total time of 1:03.04, with the Run Project quartet of Oliver Smart, Chris Rimmer, Ben Neale and fit-again Jim Cole finishing in 1:03.46. Exmouth B came third with a time of 1:08.08.

All athletes were able to pick their own 5k course and could complete it at any time over the weekend. 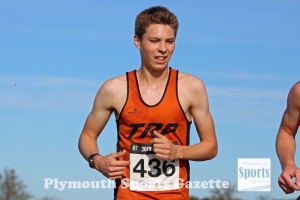 City of Plymouth junior Molly Shorey (pictured top), who has just moved up to under-15 level, clocked the fastest female time of the weekend with a 17.33 minute run, which was quicker than Great Britain under-20 international Molly Canham of Teignmouth.

Shorey helped her City of Plymouth team win the girls’ under-18 title. Joining her in the side, which clocked an overall time of 1:21.46, were Molly Gilby, Verity Tank and Kate Phillips.

However, Tavistock’s junior quartet of Amelia Riggott, Tilly McDowell, Kristyna Cade and Charlotte Walker were only 13 seconds behind. 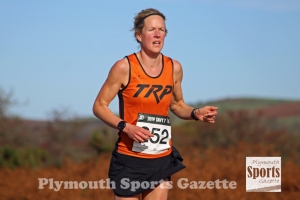 Run Project may have missed out on the men’s title but they did win the senior women’s crown. Their team of Rachael Malthouse (pictured), Claire Fraser, Emma Baker and Hannah Walters clocked 1:21.07.