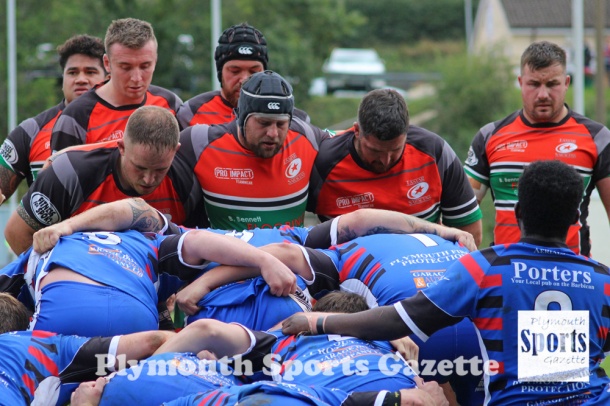 TAMAR Saracens have been told they will have to spend another season in Devon One.

The Ernesettle-based club had been given hope that they might be promoted to the Cornwall/Devon League after hearing a Cornish club had appealed against promotion.

Sarries finished as runners-up in Devon One in 2019-20, which should have earned them a play-off spot.

But with no play-offs taking place this year due to the coronavirus pandemic, the RFU recommended that two clubs from Cornwall One – champions Hayle and runners-up Newquay – be promoted and only one from Devon One. The reasoning was that Newquay had a better points ratio per game in the eight-team Cornwall league than Tamar Saracens had in the 12-strong Devon One.

However, Sarries were told that the Cornish clubs were not keen on promotion and there was still a chance they could go up.

But now they have been informed that both Cornish clubs will take their place in the Cornwall/Devon League next season, leaving them in Devon One.

“It is a bit disappointing, but it was out of our hands really,” said Sarries head coach Pete Lethbridge.

“We just have to focus now on the coming season whenever that starts.”

He added: “It would have been nice to have actually played Newquay in the play-off, but it wasn’t to be and we have to stay in Devon One.

“Now at least we know where we are and can start prepping for next season. We have to try and do what Withycombe have done this year.

“There were a lot of positives this season and we just have to start a fresh and try and hit Devon One running again next season.

“I don’t think we are going to be losing anybody and, hopefully, we have got a few players coming in – three of our have said they are going to come to us. That should freshen us up a little bit.”