AFTER an extended Christmas break, Ivybridge will be hoping to kick-start 2020 with a victory over Lauceston at Polson Bridge on Saturday in the South West Premier.

The Bridgers have not played a league game since December 14, due to the odd number of teams in the division this year and the festive holiday, but they will be looking to continue where they left off after ending 2019 by beating Exeter University.

They currently sit in sixth spot but are only four points off third-placed Camborne with a game in hand. However, the league tightened up before Christmas and third-from-bottom Launceston are only now 10 points behind them.

“I think it is important to try and get a result this weekend,” said Ivybridge coach Gareth Elliott.

“If we get a good start to the year we can start pushing ourselves up the league and it keeps our momentum going. It would mean we are looking up rather than down.”

Ivybridge hammered Launceston 69-14 at Cross-in-Hand at the start of the season, but the Cornish All Blacks have got over their poor early form having returned to the league and have only lost once in their last four games.

They beat Exmouth in their last game and Drybrook before that.

“They seem to have really improved,” said Elliott. “I imagine it will be a lot tougher test this time, especially as we are away. Their home form is a lot better than their away form.

“If it is soft underfoot, like it looks like it will be, then the set-piece will be important. We need to make sure we are spot on with that.

“Energy will also be important after a couple of weeks off as we will have lost a bit of match fitness.”

Ivybridge are able to welcome back George Wilson into their second-row, while Alex Gozzard is set to get a start at centre will Will Lamont now unavailable due to going into the services and with Jordan Anderton still out injured. On-loan Redruth winger Ben Fenton is also in line for another start after making his debut against Exeter University in their last league game.

Due to prop injuries, Jay Geraty will move from hooker to loose-head, with Harvey Dunn taking over the number two shirt.

SOUTH West One leaders Devonport Services are expecting a massive battle when they travel to in-form Sidmouth for a league and cup double-header.

Sidmouth lost their opening five matches after coming into the league in the summer, including a 26-9 defeat to Services at the Rectory, but since getting off the mark against Lydney in mid-October they have not looked back and are now fifth in the table, just three points behind third-placed Chew Valley.

“When we played them at home they kept the ball very well for long periods of the game. We had to work really hard in ‘D’ to keep them out.

“And we know going up there will be a different kettle of fish.”

Services are three points clear at the top of the table, but they lost their last away game, going down 22-20 at Newent.

They will be missing the unavailable Richard West, the injured Sam Bennett and Joe Daley, who has now gone off travelling, but they should have Liam Jarvis and Will Marsh back, as well as most of their backs. Alex Mawsley is likely to get the chance at fly-half in West’s absence.

“We’ve had this game in the back of our minds for a while as it is also a Devon Cup match,” said Lewis. “We played away at Okehampton in last year’s final and it was a great occasion with a big crowd and great weather. It was a really good day and we would like something like that ourselves at home.”

To get to host the final, Services need to finish top of the internal league table ahead of Crediton, Sidmouth and Newton Abbot. 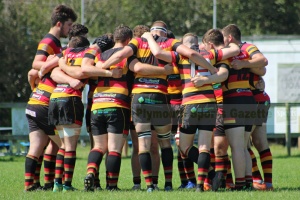 Meanwhile, in Western Counties West, Saltash have a really tough match away at second-placed St Austell.

The Ashes dropped back into the bottom two before Christmas when they lost 26-5 at home to Wiveliscombe.

They will be the underdogs this weekend against a St Austell team who have only lost twice this season.

The Saints sit just two points behind Wellington, who were the last team to beat them, and are eight above third-placed Kingsbridge.

However, it might be a good time to play St Austell with all the teams having not played for two weeks due to Christmas.

TAVISTOCK will be hoping to make home advantage tell again as they look to start the year with a vital win against the Pirates Amateurs.

Tavistock have won their last two matches at Sandy Park to move up to 12th in the 14-strong table.

But they need to keep picking up points to pull clear of the relegation zone.

The Pirates were in the bottom five last year with Tavistock but this year the Cornish club have really turned their form around and currently sit fourth in the table.

When the teams met at the start of the season at Mennaye Field, the Pirates narrowly won a controversial game 22-15.

“We are looking forward to Saturday as it is a game we have targeted since losing narrowly in a tight game down in Penzance,” said Tavistock’s Hammy Kerswill.

“Down there we were slightly hard done by through a few decisions but likewise struggled to hold on to a lead.

“But we are a different team to then and are showing more maturity with each game.

“Results are important as we enter the second half of the season and we can’t make any excuses.”

He added: “You never know what the Christmas fixtures will bring but concentrating on our own ability is what we believe will bring the result we both need and want.”

Kerswill misses the game through injury and Tavistock are also without Leion Cole, Jamie Legg and Rhys Davies.

In Davies’ absence, George Hillson moves to 10, while Tom Pearson earns a start at scrum-half after impressing from the bench, and Phil Wilson takes over at hooker. 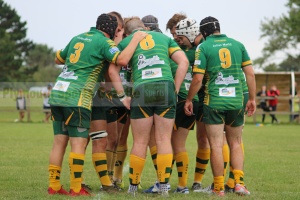 Meanwhile, third-placed Plymstock Albion Oaks will be looking to close the gap on Truro and Paignton when they travel to bottom side South Molton.

South Molton are looking like certain relegation candidates as they are 17 points off safety.

But Plymstock will be wary of the north Devon club, who are always tough to beat on their own patch, especially in bad weather.

Oaks have lost two of their last three away games – at North Tawton and Bude – and so will be keen to prove a point at Unicorn Park and set a marker down for 2020.

When the teams met at Horsham Fields earlier in the season, Oaks ran out 32-23 winners.

Elsewhere, 10th-placed Liskeard-Looe have a tough test when they travel to league leaders Truro. 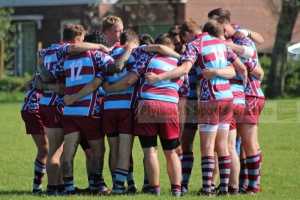 OPMs and Plymouth Argaum will meet for a third time in a competitive match this season when they clash at King George V Playing Fields in the opening fixture of 2020.

The clubs played out a 15-15 draw at Bickleigh Down in the second league match of the campaign before OPMs ran out 31-0 home winners in the Devon Junior Cup.

OPMs will be favourites to win again, with them sitting fourth in the table, 20 points ahead of ninth-placed Argaum, but the Roborough-based club are hoping they can cause a bit of upset.

“The last time we played them (in the Devon Junior Cup) they did dominate the game but it was not a 30-point game,” said Argaum secretary Stuart Quarterman. “We just have to learn from that game.

“We thought we should have won the first game but they have improved since then.”

Argaum hope to be able to field a decent side and should be able to welcome back key players Dan Smith and Chris Perkins, but they will be without Tom Bradshaw, Joe Martin and Seb Thomas.

OPMs’ squad depth has been a big factor in them doing so well this season and they will be looking for another win to keep the pressure on third-placed Exeter Saracens, who are just five points ahead of them.

Old Techs will not be lacking motivation when they entertain unbeaten league leaders Withycombe at Weston Mill on Saturday.

Nobody has yet been able to beat Withycombe since they came down from the Cornwall/Devon League and eighth-placed Techs would love to be the first side that manage that.

They did give their Exmouth-based opponents a good run for their money away from home earlier in the season before losing 24-8 after conceding two late tries.

“It will be a good test for us,” said Techs chairman David Evans. “People are not going to be expecting us to win, but we can give everyone a good game.

“It will show us where we are and we are pretty tough to beat at home.” 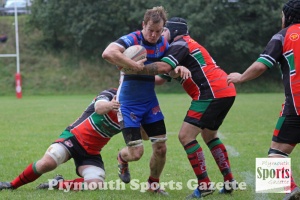 Techs, who beat New Cross 50-7 in their last match before Christmas, hope to have many of their servicemen available again after many went away for the festive period.

Tamar Saracens would be quite happy if Techs could cause an upset as it would mean they would have the chance to close the gap on Withycombe.

This weekend they travel to New Cross for a match that in previous years has always been quite a feisty contest.

New Cross are second from bottom but have been quite competitive this season.

Sarries did win 34-3 at home against the Kingsteignton-based club, but the south Devon side are always better at home.

However, Saracens should have enough quality in their squad to pick up a 10th win in 12 games and keep their promotion hopes on track.

Plym Vic are currently seventh in the table, with Saltash in ninth, but having played less games.

Elsewhere, St Columba & Torpoint are due to OPMs II at Defiance Field.