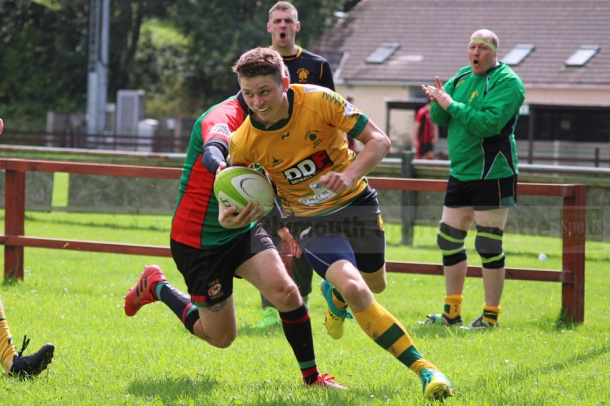 PLYMSTOCK Albion Oaks and Tamar Saracens both felt they got plenty out of Saturday’s pre-season match at the Parkway.

Cornwall/Devon League outfit Oaks, who fielded a mix-and-match team, won the game 19-7, but they were made to work hard for the win by Devon One side Sarries.

The hosts enjoyed plenty of possession and their scrum caused Oaks a few problems, while new scrum-half Rikki Brandham, who has moved to Sarries from higher league Truro, looked lively.

Oaks took a narrow 5-0 lead into the break thanks to a try in the left corner by full-back Alex Chapman.

The visitors did have Tom Richards sin-binned just before the interval but Sarries could not take advantage and, despite being down to 14 men, the visitors extended their lead in the opening minute of the second half when Jack Green scored after good work by scrum-half Callum Cload. That try was converted from out-wide by Al Murray.

But Sarries responded quickly with a brilliant 75-metre counterattack try by centre Jordan Wilds, who showed tremendous pace to leave a number of Oaks players in his wake.

With the game evenly poIsed, Plymstock had one try disallowed before Joe Brearley made the win safe when he crossed on the right after some great passing across the line from a scrum on the left. Cload brilliantly converted from the touchline.

Sarries coach Pete Lethbridge, though, was happy with what he saw from this side on their first 15-a-side run-out.

“It was a really good work-out for us. There is still a lot to work on, but the boys know that. I thought our set-plays were good.”

Oaks’ backs coach Cload said: “It was good to get some players out who we are looking at to add to our depth and to see if they can play at that level.

“And some guys really stepped up and showed their character in defence. We were defending for long periods.

“There are still parts of our game we need to iron out and make sure they are a bit more cohesive, but overall we were very happy.”

Oaks will have a joint training session with Devonport Services on Thursday before taking on Saltash next weekend.

“We are going to practice our scrums and our line-outs,” said Cload. “We saw a bit of a weakness in the scrum, although it wasn’t our full strength pack. Our line-out functioned well so we have to be happy with that.

“Tamar Saracens came out and put in a good performance. Like I said, we were defending for long periods as they could recycle it pretty well. It was a bit one-dimensional but it was confrontational so it really tested our defence. They had some really big carriers, so we were happy to see people really fronting up in defence.”