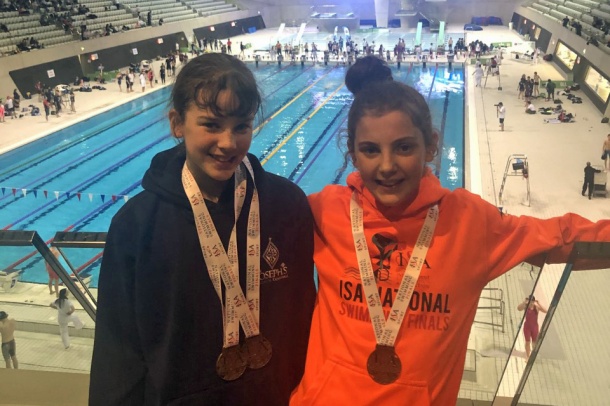 Olivia and Hollie Shute represented the South West at the ISA National Swimming Championships, which were held at the Olympic Pool in Queen Elizabeth Park in London.

The pair had secured their places after qualifying at a regional event in November.

Olivia swam personal bests in the 50m backstroke and 50m breaststroke and came first in both events, winning two gold medals and titles.

The club’s development squad returned with a host of personal bests and 38 medals – 19 gold, 11 silver and eight bronzes. 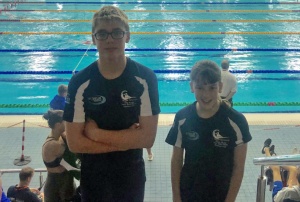 Caradon also made a first trip to the Welsh National Meet in Swansea, with three swimmers qualifying for the event – Olivia Shute, Kate Daniel and Oliver Naylor.

The trio are now aiming to qualify for the Welsh Summer Nationals. 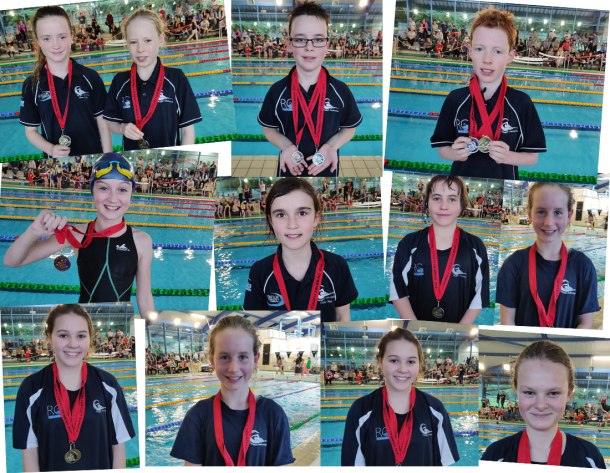