A NUMBER of players from the region featured for Devon Under-18s in their friendly match with Cornwall at Keyham on Sunday.

Devon narrowly lost 19-17, with just the thickness of the crossbar separating the two teams.

Devon led twice in the first half and went in at the break 12-7 up, with Callum Wood and Rudy Evans scoring tries and Harry Ottaway adding a conversion. Mike Austin scored a converted try for Cornwall.

The Duchy came back after the interval to take a 19-12 lead with touch downs by Jordan Smith and Rory Mead. 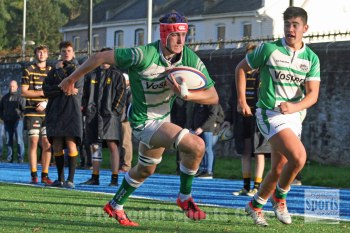 However, Devon scored a late try through Owen Flowers and they could have drawn the match with the conversion, but Tommy Pullinger’s tough kick from the touchline agonisingly bounced off the crossbar.

Both Devon and Cornwall were using the game to prepare for December’s county championship matches. Devon used 25 players on Sunday but have an extended playing squad of 32. Other players had featured in another warm-up match against Exeter Chiefs Outreach Academy earlier in the month and some were also unavailable at the weekend.