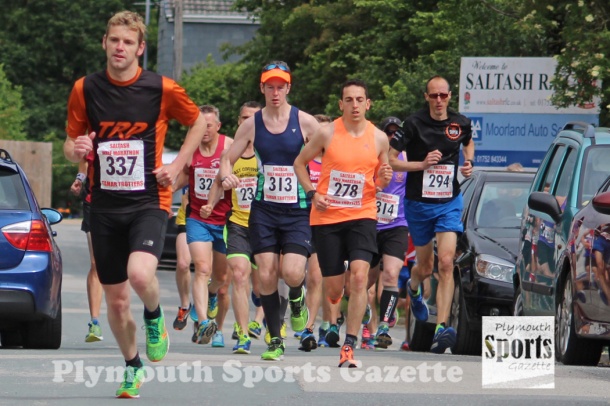 Rimmer, who had finished second last year, took the title by nearly five minutes on the hilly course that starts and finishes at Saltash Rugby Club on Moorlands Lane.

There was a good battle for the first over-50 athlete home with Anthony Mee just edging out host club Tamar Trotters’ Paul Gregg. Mee was fourth overall in 1:24.17, with Gregg fifth in 1:24.21. Another Tamar Trotter, James Blight, was sixth.

Competitors had to brave some heavy showers in between spells of sunshine.