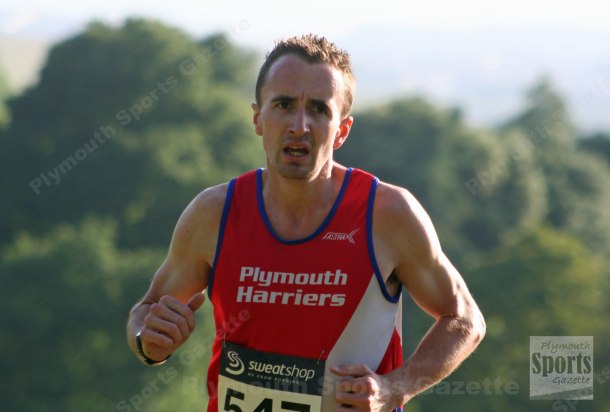 Steve Fletcher claimed victory in 17 minutes and 21 seconds. He was followed home by Matthew Shipping in 17.30 and Plymouth Harriers’ Alex Peyton-Jones, who took third in 17.34.

The final 5k run of the season saw 139 finishers. Next month the Armada Winter 3k Series starts at Central Park. The first run of that series will be on October 10.

The event should have been held on July 29, but was postponed after the Met Office issued a severe weather warning.

Saturday’s run will begin at 4pm. The off-road race starts and finishes on Dartmoor at Yelverton and takes runners around the Maristow Estate.

Organisers are also going to hold a half-a-mile kids’ race at 4.15pm for youngsters aged between four and 16.

More information can be found HERE.