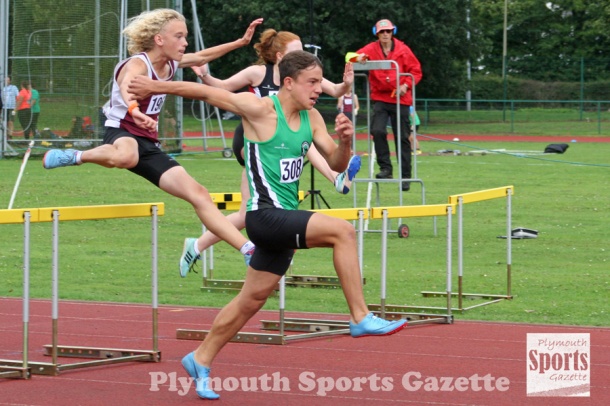 THERE were a number of eye-catching performances at the final Devon Open Athletics Series event of the season at Tavistock on Sunday.

The region’s throwers were in particularly good form at the west Devon venue.

Evans-Shields is ranked number two in the UK in the discus at under-13 level and she eased to victory in that event with 24.84m. She also won the shot with 8.46m and made a winning debut in the hammer with 21.34m.

Tavistock’s Edward Fileman is also among the UK’s leading throwers. He took victory in the under-17 hammer and discus and came second in the shot with a new personal best.

Another top 30 national thrower is Tavistock’s Harry Tomlin and he claimed a hat-trick of wins on Sunday in the under-15 boys’ category. He threw 12.32m in the shot, 40.50m in the javelin and a new PB of 28.73m in the discus.

There was also a good under-17 girls’ hammer contest. City of Plymouth’s Kayleigh Weston won with 41.80m, with Tavistock’s Hannah Gellatly second with a PB of 34.66m.

Tavistock’s Charlie Shipton won the men’s hammer with 39.89m, team-mate Bradley Stevens was first in the under-17 javelin with 35.47m, while fellow Tavistock thrower Ella Tomlin triumphed in the under-20 discus (29.60m) and shot (8.80m) and club colleague Ewan Dix took victory in the under-13 discus (19.03m). City of Plymouth’s Dale Weston won the men’s discus.

On the track there were some impressive sprinting from a number of region’s youngsters, while some older athletes caught the eye in the distance events.

In the under-15 girls’ sprints, Tavistock’s Jamie Bulbring took victory in the 100m and 300m.

There was a good under-15 boys’ 200m where Tavistock’s Jamie Wheeler and City of Plymouth’s Henry Curtis battled all the way to the line. Wheeler just took victory in 25.68, with Curtis clocking 25.86.

Erme Valley’s Ruth Green took victory in the under-17 300m in a PB time of 45.23 seconds and was second in the triple jump.

Plymouth’s in-form distance runner Matthew Bradley enjoyed a day to remember. He ran under nine minutes for the first time in the 3,000m, winning in 8:57.30. He then backed that up by setting a new PB of 16.00.84 to take

Tavistock’s Ben Pitts won the under-15 long jump with 5.52m, while there was another four-metre plus jump for City of Plymouth athlete Poppy Northcott, who took second in the under-13 event.