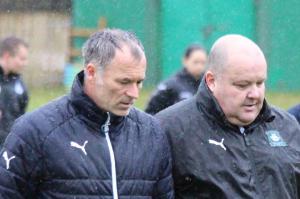 The Pilgrims players were reminded of their responsibilities at training this week as all four goals conceded came about through individual errors.

On the plus side, Argyle welcome back Jessie Jones to the squad following her visit to hospital after the Greens’ 3-1 away win at Southampton in the League Cup.

However, there is a doubt about utility player Kayley Lane, who injured her knee after 30 minutes against Loughborough. That means Cornish teenager Tamsin Medd-Gill has been called into the squad as cover.

One player who will be looking forward to the visit to Oxford is talented midfielder Becky Dandridge, who played for the Us when they were a Super League team.

Oxford decided to drop down from the Super League as the club felt that they would not be able to support a semi-professional team. They have won four, lost four and drawn one of their games this season, but they did beat Loughborough 4-2 early in the campaign so will not be taken lightly.

Joint Argyle manager Trevor Rodd knows the importance of getting back the form that preceded the Loughborough defeat as up until then they had only lost one game this season.

He said: “Everyone is looking forward to another road trip.”

Argyle’s development team are at home again on Sunday when they take on Weston Mendip at the Salt Mill (2pm).

The sides have already met this season, with Argyle winning 3-0.

There is a change of goalkeeper in the Pilgrims side as Sarah Prior will start. She has been featuring as an outfield player in the last couple of games but she takes her place between the posts. They also welcome back Rachel Javan and Kelly Vinnicombe, who have been nursing injuries.