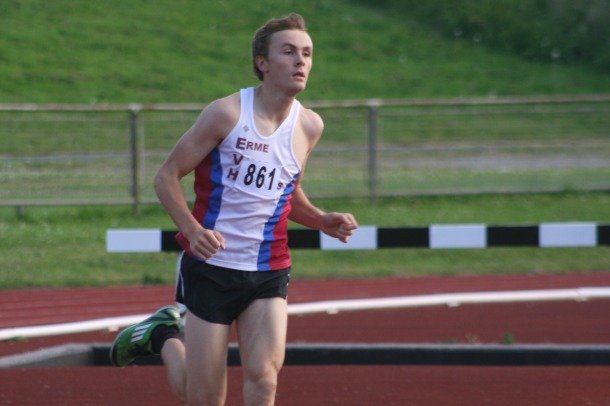 ERME Valley Harriers’ Will Battershill returned home from America to retain his England Under-20 3,000m steeplechase title at Bedford on Saturday.

Battershill, who has just completed his first year at Harvard University, was the class athlete in the field and produced a comfortable display of front running.

The former Ivybridge Community College pupil eased to the title in 9:13.57.

That was actually his slowest time in eight attempts at the event, but it was all about winning this weekend in a competition that was doubling up as the European Junior trials.