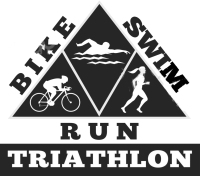 Holder finished more than a minute-and-a-half ahead of the second-placed finisher, James Warren of Somerset RC Tri Club.

The Plymouth veteran clocked an overall time of one hour, 12 minutes and 44 seconds, with Warren coming home in 1:14.20. Fellow Somerset athlete Ashley Jackson was third in 1:14.28.

A strong cycle leg was Holder’s key to victory. He was only 10th out of the swim with a time of 6.51 minutes and then lost further ground at the first transition.

However, he made up for that on the cycle, where he had the fastest split of the day with 46.13. Holder then finished with a strong 5km run of 17.52 minutes.